Common Spices around the World and What They Are Used For Spices are used in every cuisine in the world to season food, and sometimes to color it or preserve it. Far Eastern cuisines tend to use a range of herbs and spices that grow locally.

For other cuisines, spices have to be imported in many cases, and so were very rare and precious in the past.

Here are some of the most common spices to make it into our supermarkets and onto our tables as modern families explore recipes from around the world.

These little balls are similar to cloves but more peppery, and are used in many cuisines around the world.

These come from the laurel trees in the Middle East and elsewhere, and are used in Italian and other European cuisines to give a depth of flavor to soups, stews and tomato sauce. Use whole and do not eat.

The pods are used whole in Indian cuisine. Remove before eating. The ground-up small black seeds are used sparingly in Scandinavian baked goods to add a savory quality and complement other spices like cloves and cinnamon.

This is made from dried and ground red chili peppers and adds a bit of heat to Mexican and Indian food.

These small, twig-like items can be used to add flavor to a roast ham or applesauce. They are also tasty when boiled with hot water and added to mulled wine or cider. They are ground for baking.

These seeds are usually ground into a powder and used to add a peppery lemon taste to Mexican, Indian and Thai dishes.

This has a peppery taste and is often used with coriander to season the same dishes. It is also popular in North African, Middle Eastern, and Tex-Mex dishes.

The seeds are what gives sweet Italian sausage its unique flavor, with a hint of licorice.

Garlic is used in almost every cuisine in the world, but is most notable in Italian recipes and on garlic bread.

This root can be used raw or dried and powdered. It is a mainstay of Indian and Chinese cooking and the base for gingerbread, ginger snaps and ginger beer, all very popular in England and the Caribbean.

This a sweet spice with savory notes. It is mostly used in baked goods but is also an essential ingredient in potato pancakes, popular in Jewish cuisine.

This light, fragrant herb is a must for all Italian food, from sauce to pizza. It is also used in Mexican food.

This is a standard in Eastern European cuisines such as Jewish and Hungarian. It has a mild flavor and a gorgeous red color. It is used in soups and stews, and in noodles with sour cream sauce or atop deviled eggs and potato salad.

Peppercorns come in a variety of colors, such as black, white, pink, and green. They are a staple on the table of most households, along with salt.

This is popular in European and Middle Eastern cuisine and goes well with lamb and roasted vegetables.

Saffron is the most expensive spice in the world. It comes from a certain species of flower. It has a wonderful flavor in rice dishes and colors everything a lovely yellow.

This is used in a lot of savory pork dishes in Europe and in bread stuffing for the holidays.

This also colors food yellow and is an essential ingredient in Indian cooking.

This offers a pleasant, lemony taste to soups and stews and is often combined with rosemary and/or sage in European cooking.

Try these spices and raise your home cooking to a new level. 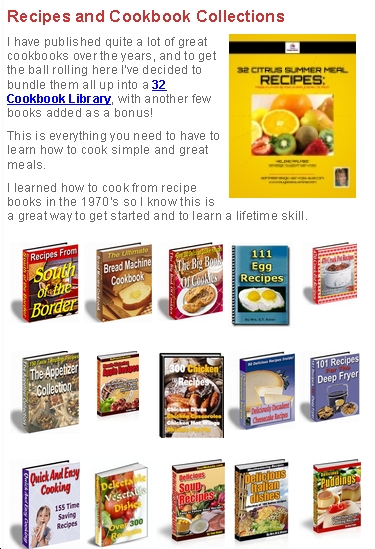 Spices and Their Origins

A spice can be defined as a seed, root, bark, fruit, or other plant derivative, mainly used for flavoring or preserving food.

Herbs are the leaves, flowers, or stems of plants. The two are often referred to together as herbs and spices to be used in recipes in the various cuisines around the world.

A Little Bit of History

Many spices come from warmer climates and have antimicrobial properties, so they can also be used as medicine. Ayurvedic medicine in India dates back more than 5,000 years, and of course, Indian food is famous for its herbs and spices.

Spices could be used instead of refrigeration to preserve foods. The ancient Egyptians even used them to preserve mummies.

The origins of spice trading can be traced back to around 500 BC, when intrepid Chinese and Korean junk boat captains would trade spices. The demand grew as the spices were sold more widely.

The demand for spices in Europe grew after the first crusades in the late 12th and early 13th centuries, with ginger and cinnamon being particular favorites.

The famed Marco Polo traveled all the way to China and found far more than spices, but his original goal was to trade in the spices that were in such high demand.

During the Age of Exploration, the Dutch formed the East India Company, which became one of the most powerful trading companies in the world, with a range of exotic ingredients being sourced from the so-called Spice Islands (now Indonesia) and India.

We still use many of the spices Europeans found so wondrous, including:

Common Spices and their Origins

Some of our modern staples we take for granted are actually quite exotic. Basil, a common ingredient in Italian food and what makes pesto sauce green actually came from India and Persia (modern-day Iran).

It was a favorite seasoning of the ancient Romans and continues to this day as a mainstay of Italian cooking.

Bay leaves come from laurel trees from the Middle East. Use them whole to season soups and stews, but be sure to remove them before serving so no one gets an upset stomach.

Cardomom has been used as a medicine since the 4th century BC. Romans and Greeks used it to aid digestion. In Sweden, it is even more popular than cinnamon in baked goods.

Cinnamon comes from the dried bark of several different types of laurel trees. It comes from Sri Lanka (formerly known as Ceylon) and was imported by the ancient Egyptians via China as early as 2000 BC.

Cinnamon was scarce to the Romans, who would burn it as incense during funerals.

The high demand for cinnamon in the West helped trigger colonial expansion as Columbus and others searched for a shorter route to the Far East and all the riches to be found there — not just gold and silver, but also the incredibly rare and valuable spices.

Star anise is a dried flower which has a wonderful licorice flavor, but a bitter aftertaste, making it perfect for savory cooking. It is one of the spices in Chinese five-spice blends.

Spices in the Modern World

It is hard to imagine that wars have been fought over spices and that they were once more valuable than gold, when all we have to do is go to a supermarket or online to buy them.

But the reasons they were so treasured still remain valid: for seasoning, color, flavoring, food preservation, and healing.